Allison Bogard is a Cleveland native, currently living and working in Baltimore, MD. She is earning her BFA in Painting and Literary Studies from the Maryland Institute College of Art and is expected to graduate in May 2014. Bogard's work is heavily influenced by creative writing and literary culture, as well as travel. She has visited and lived in Ireland, and has visited numerous other countries including Spain, Italy, and England. She is interested in abstracting realism, taking elements of the figure and warping them through color and form. She works in both oil and acrylic, as well as graphite, charcoal, and collage. Most recently, she has been delving into Book Arts as an additional form of artistic expression.

Six Hours and One MInute and 382.7 Miles 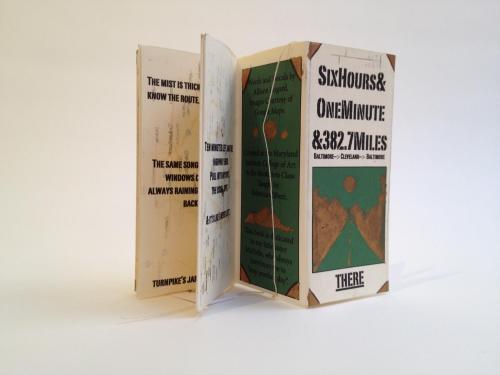 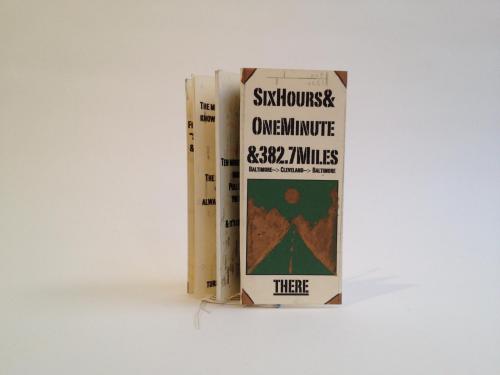 Driving alone is about finding a specific headspace, not thinking about anything yet thinking about everything all at once. My piece Six Hours and One Minute and 382.7 Miles is about finding that space, fueled by the endless counting down till that final destination roles into view. This book was created using InDesign software, printed onto beige paper, and hand painted with golden decals. I also transferred maps onto the page. The book is double sided, a solemn journey with two endings. To me, these drives are a ritual, a pilgrimage.

Six Hours and One MInute and 382.7 Miles