Jacqueline Unanue is a Chilean and Spanish visual artist. She studied design at the Universidad de Chile de Valparaíso. At that time she became interested in the rock art.

Unanue traveled extensively through Chile’s desert, doing on-site research in the mountains and cliff areas that contain rock art. She also traveled to Spain to study the pre-historic paintings of the Altamira caves in the Basque Country.

Since 1983 she has been exhibited in Chile, Spain, Finland, Ecuador, Argentina, and the United States—in galleries in Washington D.C., Philadelphia, Chicago, and New York. She exhibited in Barcelona, Spain during 2013, and 2015.

Since her arrival in the United States in 2000, her artistic vision has mainly been expressed through acrylic painting on canvas. Her recent works originated from her method of spontaneous or gestalt “calligraphic” painting that hints at a universal code.

She is represented by Muse Gallery, Philadelphia. 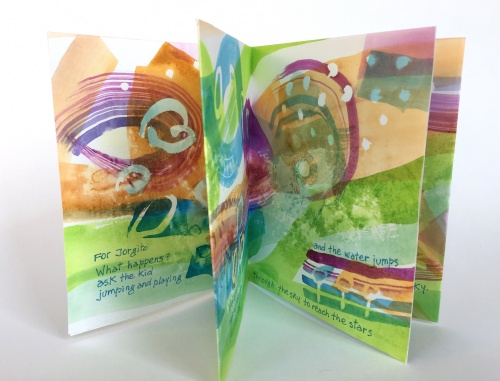 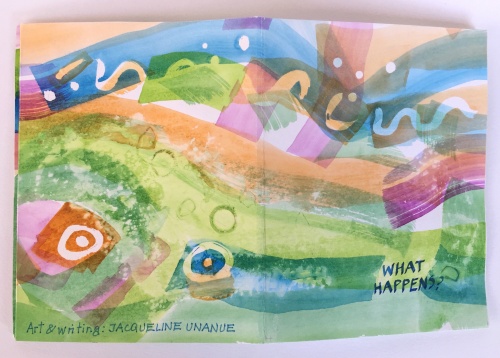 My Ancient Land I