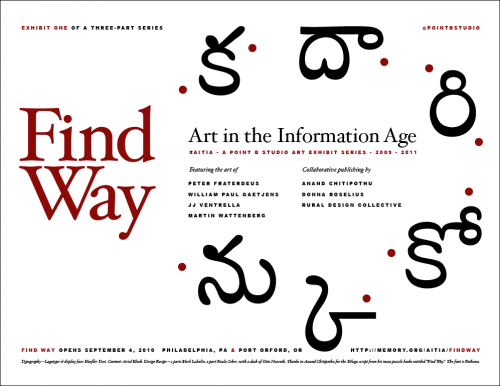 Coming to 110 CHURCH | Find Way : Art in the Information Age, featuring artists who have elevated information visualization to an art form in their chosen medium. This show was conceived and curated by Rebecca Malamud of Point B Studio. It's on it's way from Oregon for a September opening here in Philadelphia.

Peter Fraterdeus has over 30 years of experience with calligraphy and letter design, including two National Endowment for the Arts grants to study calligraphy, letter carving and type design in Europe and the UK. He was introduced to letterpress printing in the mid 1960s when he first learned to print at Nichols Junior High in Evanston. He never imagined he would end up forty years later with a warehouse full of beautiful old presses, and printing on some of the very finest paper made on the planet. Peter taught calligraphy and letterform design at the School of the Art Institute of Chicago SAIC, and in 1986 developed the first Macintosh design lab in Chicago and the first Letterpress Typography Lab both at SAIC. He’s spent a lot of time in Barcelona over the past decade or so and taught web semantics and typography in 2001 - 2002 at the IUAV Architectural University of Venice in Treviso, Italy. He’s a strategic consultant semiotx.com, type designer, photographer, author, and a pretty good Irish Fiddle player.

Martin Wattenberg is a computer scientist and artist. He is a co-founder, with Fernanda Viégas, of the visualization studio Flowing Media. From 2005 to 2010, he founded and managed IBM's Visual Communication Lab, exploring new forms of visualization and how they can enable better collaboration. A key project was Many Eyes (http://www.many-eyes.com), an experiment in open, public data visualization and analysis. Prior to joining IBM, Wattenberg was the Director of Research and Development at SmartMoney.com, a joint venture of Dow Jones and Hearst. His work at SmartMoney included the groundbreaking Map of the Market. Wattenberg is known for his visualization-based artwork, which has been exhibited in venues such as the London Institute of Contemporary Arts, the Whitney Museum of American Art, and the New York Museum of Modern Art. Wattenberg holds a Ph.D. in mathematics from U.C. Berkeley. He lives in Winchester, Massachusetts

Jeffrey Ventrella is a digital artist, artificial life researcher, and virtual worlds innovator. He holds a masters from the MIT Media Lab, and served as Principal Inventor of There.com, and as a Senior Developer at Linden Lab. Ventrella has had several papers published and presented in Europe and North America. His career spans several fields, including data visualization, algorithmic art, and teaching courses at Tufts, Syracuse, and UCSD. Ventrella is the creator of Gene Pool, an interactive Darwinian simulation. His works are available at Ventrella.com. Ventrella currently divides his time between the San Francisco Bay area and Vancouver, BC, where he is working on a book project.

William Paul Gaetjens was born in Long Beach, CA, in 1946, to a family with a long tradition of working in metal. An early interest in art led to a creative mastery of the medium, with studies at the California College of Arts and Crafts and The DeYoung Museum School. In the 1970's, he worked as an iron worker on the Alaskan Pipeline. This real world experience influences his art today. His latest metal sculptures reflect his work ethic as well as his nomadic past, with each piece in a series building on to the next, mapping a new uncharted territory. These three-dimensional forms are deliberately raw and rhythmic, devoid of color, echoing ancient form and primitive language. As individual works of art, each piece serves as a blueprint that can only be fully appreciated when subjectively filtered through one's own experience, intelligence and imagination. 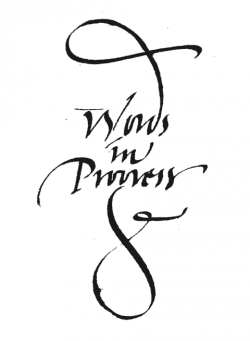 Martin Wattenberg, As She Was / Talking Heads 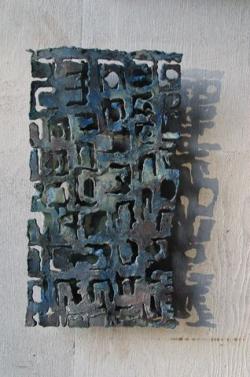 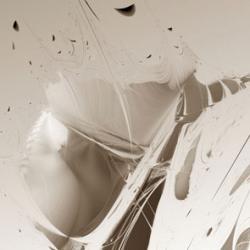